The Zeir Prophecy: Book One.

Available now to pre-order
(Out 12 June):

The existence of the human race is on a knife edge and playing God can have apocalyptic consequences. 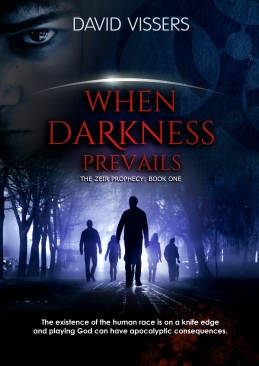 Alexis Rydell is an average high school senior – if average means possessing telekinetic powers! Keeping her uncontrollable gift a secret, she is unaware of the important role she has yet to fulfil as she becomes involved in the fight to control the epidemic.

It quickly becomes clear that sinister forces are at work and the experiment escaping was no accident. In fact, it only served as a prelude to an even bigger event…