There have been many deadly epidemics in the history of mankind. Some originating in our ancient times, before our written records as they exist today. But what is an epidemic exactly and how do they happen?

Epidemics are well-defined as being a widespread occurrence of an infectious disease in a community at a particular time. Generally speaking, most epidemics are caused by either poorly kept food and unclean water or the shared transmission of bodily fluids, although this is not strictly enforced. Besides the major means of infection, we can include airborne illnesses and pest infection (bug or animal bites). 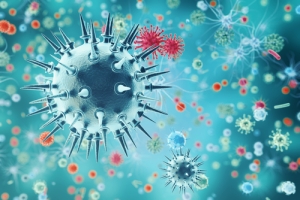 Among the most deadly epidemics in mankind’s history are included Polio, Tuberculosis, the Spanish Flu, Smallpox, the Bubonic Plague, Yellow Fever and more recently, AIDS. In fact, epidemics have been responsible for more human deaths than anything else, besides natural causes of death. If ever there were something for man to unite against, it should be disease.

Some of the above mentioned cannot even be relegated strictly to the past as they are still active in today’s populations (even though some outbreaks are quite small and easily contained with our advancements in medicine and quarantine protocols).

For example, Polio is a viral infection that attacks the central nervous system; one which we have not been able to provide a cure for as of yet, and has been responsible for the deaths of 500,000+ people since 1988. This, despite the fact the we created a vaccine for the disease in 1955.

The only infection that caused an epidemic that we were able to eradicate was SmallPox. This airborne bacteria (Smallpox was the only epidemic to have been caused by a bacterial vs. viral infection) was finally eradicated worldwide in 1980; but we still vaccinate children against the possibility of a reappearance and potential outbreak of the disease.

A strain of influenza, dubbed the Spanish Flu, wiped out an estimated 50-100 million people in the early 20th century, even infecting people on remote islands. Our current system of flu vaccines is, at best, a guess as to which strain will manifest in the majority of the population in any particular year. 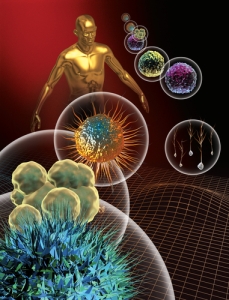 While we would like to think of deadly epidemics as something of the past, there is strong historical evidence that we will face another at some point. Is there anything to be done to avoid the high death tolls of the past? How can we as individuals protect ourselves and our current society from something like a Smallpox epidemic?

Because epidemics are largely driven by unhygienic practices and unclean water or spoiled food supplies, there are actions you can take to help prevent the spread of infectious diseases. Things like washing your hands often, taking advantage of vaccinations, isolating yourself when you feel sick, being smart with food preparation, practicing safe sex, not sharing personal hygiene items and using antibiotics sensibly, all contribute to a smarter defense against an epidemic of historical proportions.

Most of the world’s population today has access to clean water, clean food and medicine (including vaccines). Most, but not all. But we still cannot truly say that we will not face another epidemic?

While we have overcome, in some cases even eradicated, the viruses that have caused our mostly deadly epidemics, the possibility of another is ever-present. With new advances in medical technology combined with our current hygiene practices and an understanding of how to slow or stop the spread of disease, the odds get smaller and smaller that we will face an epidemic of historical proportions.