Comic conventions by today’s standards tend to include much more than just panels and guest speakers about comics specifically. Featuring awards shows, formal dinners and cosplay as major elements in the convention, there has been a major move from the original days of promoting comics themselves into a world of commercial sales and autograph signings. 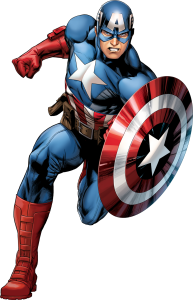 The first comic conventions began as offshoots from what was originally deemed sci-fi conventions and typically had less than a hundred attendees. Beginning in the 1970’s this new type of convention focused primarily on comics and comic book culture. Today these events are often multiday and held over weekends, sometimes even over holiday weekends as this allows attendees to have an extra day for travel or to see speakers.

Traditionally these comic cons were organized by not for profit groups and admission was based on a membership fee, whereas today, with the commercialized nature of such events, tickets can be bought for the weekend, with one-day passes often sold at a discount.

Typically, attendees can expect to get autographs from comic creators, famous celebrities and take in some of the amazingly well put together cosplay creations. Panels and discussions about comics, where they are headed and where they have come from are often also featured events, as well as celebrities and Q&A sessions with speakers.

Comic conventions were born in the US but have since spread the world over with conventions now held in almost every major city in the world. Each convention comes with its own eccentricities and private jokes and it is part of the charm for convention goers that attend specific events each year.

The first recorded comic convention was held in New York City in 1964, called New York Comicon, and was organized by comic fans. The largest convention today, in terms of attendees is Japan’s Comiket, drawing half a million people annually to its show. This number seems almost unreal when you know that the first conventions catered to less than a hundred people.

Recent to comic conventions, cosplay (costume play) has blown up and is almost its own draw for attendees, some of which come specifically to show off their own costumes and marvel at those of others. It could almost be said that cosplay deserves its own convention these days, and it certainly might when you consider that cosplay in and of itself has its own Wikipedia page.

Certainly, many fandoms have arisen out of the base of comic conventions and annually, these shows generate billions of dollars in revenue. San Diego Comic-Con International alone boasted a whopping $180 million in revenue in 2011.

Commercialization of these events has led to smaller ‘festivals’ being produced by groups of fans, in an attempt to get back to the basics of why comic conventions were started in the first place. Rather than featuring celebrities and a push on sales of comic related merchandise, these new festivals are again being organized by fans and feature some of the vision of the original conventions – no fees for entry and focus on comics as literature.