Have you ever wondered why the best-selling books around the world are unsurprisingly fantasy books? Also as soon as they are seen to have gained enough popularity with the readers, they are immediately made into a series of Hollywood movies like the world famous Harry Potter series or Cinderella with its fairy godmother and the magic. Or even into television series, like ‘A Discovery of Witches’.

In a world where most would find it derogatory and highly offensive to be called or known as someone who lives in La-la Land, everybody wants to be realistic in order to appear in control of his life. Then why does fantasy fiction get so much attention? Let’s ponder on it together while we discuss all these famous fantasy fiction characters.

Perhaps not fictional but somewhat fantasy, considering the image that the fantasy writers created of them as evil. The reason why I have included them in a fantasy fiction list is because of the unrealistic character sketch that the writers have been drawing of them for years. Green colored skin, hooked nose, pointy black hat, flying broomsticks and the ability to change anyone into a useless lesser creature. These kinds of horror and fictional stories about witches gained popularity among both the readers and writers around the 18th century. Perhaps what stirred it was the Salem Witch trials where women accused of sorcery, black magic and trickery were being tortured to death. Although the actual origin of real witches is unknown, the origin of evil vengeful women is. 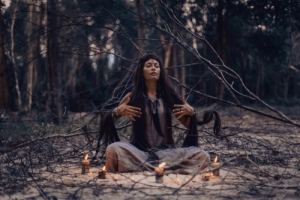 The truth is that witches have always existed since the earliest scriptures, but were never seen as brutally vengeful and baleful in early history. They were known as peaceful women (and men called Warlocks) who practiced the art of healing through resources like herbs, plants, gem stones and other unconventional things. It wasn’t until later that they were deemed rather mysterious, eccentric and thus someone to be feared, fought and brought down. Though, through Harry Potter and television shows like Sabrina the Teenage Witch, Charmed, The Good Witch and The Vampire Diaries, the image of witches today is significantly improved.

Fairies are the polar extreme of witches. Where the name witch immediately strikes up as an evil image, the name Fairy instantly conjures up an image of a positive human-looking, beautiful (females mostly) creatures with wings and magic. It is interesting how the idea of goodness is depicted with beauty and the idea of evil like the witches through ugliness. Unlike witches, fairies are considered to be all love and joy who bring happiness and help in ones time of need. Literature and movies like Cinderella and Peter Pan have assisted in their image building.

These creatures too, like the witches, do not seem to have a set origin but seem to have existed in various folklore and cultures, ingrained by the stories passed on through generations. Thus, also incorporated into the literature and art of their times. Fairies unlike witches, are considered to live in a magical realm of their own but visit the human realm often. These beautiful magical beings are considered to use magic only for good. Other types of Fairies are Pixies, tiny mischievous creatures, who are known for their impish behavior and stealing things. Then we have Leprechauns, mostly seen as male bearded fairies, found in Irish folklore. Apart from that, elves and goblins are also considered to be part of the same realm and kind as fairies.

With the growing interest of the media industry in making unconventional fantasy fiction it has diversified and changed the old traditional vision of both witches and fairies. For instance the series, Once Upon a Time has shown both good and evil fairies. Whereas, ‘The Originals’ like a few others have shown witches both good and bad as well.

We shall talk on the topic more with different creatures and how their image has changed over time. Perhaps till then you can come up with your own research as to why man holds so tightly onto the idea of fantasy. It is escapism?