The teens, adults and young adults of today’s world look up to the prominent female leads of contemporary literature, especially in the fantasy fiction genre. Books such as Harry Potter and Hunger Games feature extremely respectable women as main characters, such as Hermione Granger and Katniss Everdeen, who are never afraid to speak out. Their bravery speaks volumes and leaves a lasting impression on readers. Here are a few more underrated strong female characters in fantasy fiction.

‘The Girl Who Circumnavigated Fairyland in a Ship of Her Own Making’ By Catherynne M. Valente’s

This book was originally targeted towards the young adult audience. However, it is a great read for adults as well. The protagonist of this book is called September. September is a 12 year old girl who has been swooped away to the enchanting Fairyland only to be sent on a mission to rescue it from mad Marquess. This book isn’t just a plain old book. It provides an immersive experience that can be likened to a Disneyworld ride. The amazingly scenic illustrations and unique characters make the book extremely hard to put down. Above all, the use of September as the main character was done flawlessly. It wasn’t hideously emphasized that she was a girly girl and yet, the subtle nuances to her being a strong female lead made us idolize her. The best part is that you do not have to be upset when the book ends as there are 4 others to read in the series!

‘All Men of Genius’ By Lev Ac Rosen

Don’t let the title deceive you. All Men of Genius is a book that reads like the love child of a Oscar Wilde and Shakespeare in a steampunkesque world. The main female character who dominates the premise of the book is Violet Adams. Her main goal in life is to know everything there is to know about clockwork mechanics. So, what does she do? She follows the typical ‘she’s the man,’ trope and impersonates Ashton, her brother, in order to study at Illyria College which- you guessed it- only allows guys to study there. Many shenanigans and gasps later, you will find that All Men of Genius is an easy and fun read that isn’t as predictable as you’d think. Violet is relatable due to her go-getter attitude, telling all young women out there that if you set your mind to something, you can accomplish it. 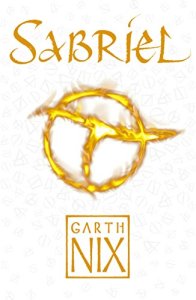 Sabriel features two kingdoms that neighbour each other. One of them is magical and the other one does not believe in magic. Sabriel is the wise female lead in this fantasy fiction novel who is equipped with her father’s magical tools whilst at school by an undead messenger. Sabriel’s calling is then proclaimed- she must stop an evil and powerful necromancer from coming back to life in order to destroy the kingdom. This type of plot is usually male led so it is extremely refreshing to see a young and strong female character taking the lead and restoring harmony in the kingdoms.

There are, of course, many up and coming strong female characters in fantasy fiction books and movies. The rising attention towards gender equality is really making some awesome female characters being brought to life.