Four centuries ago, the five kingdoms lived together in harmony across Undirras; within those kingdoms lived several, very different beings and clans. The Shun’Kaiya, a wise hexapod species, governed the trade and commerce in the southern regions of Skorra. Technologically advanced, the wolf-man clan known as the Val’Kar sought marvels and advancement within their kingdom of Baradwaythe. Serving as the guardians of Undirras within their home of Aryshya, the humans of the Sha’Ni clan and the reptilian Na’Lek lived together in amity and wielded the largest army and naval fleet. In the west were a group of islands making up the dragon kingdom of Carûbaen and it’s counterpart in the east, Vorsiénun. Despite the unwavering peace, a dark magician has manipulated a young dragon prince into stealing his father’s throne and forming the first empire Undirras has ever seen. With an army of fellow magicians and powerful dragons at his back, conquering the world would be an effortless endeavor; however, the other kingdoms are uniting against the imperial reign and resistance is imminent.

Banished: The Battle of Aros (Volume One: Part One)

The dragon king is dead and tradition declares that the two heirs – Prince Eironbeil, vicious warrior of the dragon armies, and his younger, inexperienced brother Vrkal – must face off in a fight to claim the throne. Does Vrkal have what it takes to survive his brother’s bloodlust or will the dragon kingdom’s ancient traditions prove to be too much for him? 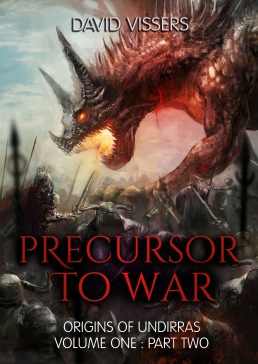 It’s been two moons since Eironbeil claimed the throne of Carûbaen and formed his empire. All has been quiet…until now. Whispers spread that the Ura’Nagul, a group of magicians that serve as an elite squadron for the empire, intend to attack Risint, a peaceful and prosperous trading port on the coast of Skorra. Answering the cry for help, King Dycerian has summoned the Sha’Ni fleet to defend the harbor. He must repel the imperial forces and save the port because if he fails, this may just be the first of many attacks to come.

It is a new year in the royal court. After the death of King Dycerian, his only son, Tyberian, has ascended to the throne but his mind is blinded by rage and a lust for vengeance. The young Rydell has convened the Danushi, Undirras’ form of parliament, intending to hold the Val’Kar responsible for their treachery. As he formally announces his declaration of war, Tyberian only distracts the deceiving clan whilst his revenge is carried out by his trusted right hand. 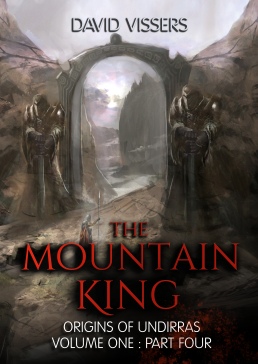 After barely escaping the capital of Baradwaythe, Agulaar and Raische find themselves fleeing into the Northern Lands, a dark domain that is controlled by the feared Mountain King. Desperate to rid themselves of Jezyra, the Ura’Nagul witch pursuing them, the two Na’Lek believe they may be able to broker a deal. But what they find is not what they expected. The Mountain King has a secret…one that will condemn them to execution for their malicious crime or provide them with an unlikely ally in the war to come. 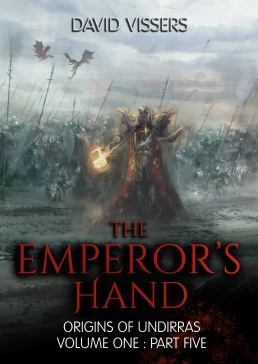 Word has spread across the kingdoms that the Zeir, an ancient being foretold to bring reigning peace across the land, has appeared. Eironbeil, believing the Zeir to be none other than the Supreme Leader of the Danushi, has dispatched his right hand to pursue Raf-Nir into the Expanse where he has sought refuge within the sacred temple, Damon Gol.