Ancient kingdoms, distant worlds and space battles, Alexis Rydell always had her head in the clouds, but she never imagined it was all real until an outbreak plagues the world and she learns that humans are not alone in the universe. After learning to harness her inherited Sha’Ni powers and discovering that she has the strength of the Zeir (an ancient being foretold to bring balance and order to the galaxy), Alexis sets out on the quest of a lifetime. A prophecy must be fulfilled and the fate of the universe is resting in her hands.

All races will fall.

Screams will be heard in the night, 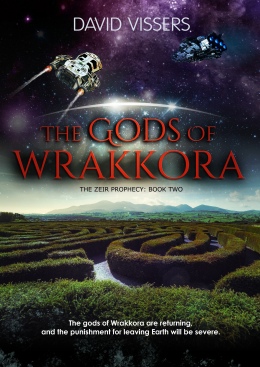 Two years ago, colonists fled the viral outbreak that devastated Earth and settled on the mysterious alien planet known as Undirras. Completely cut off from their homeworld and with no contact from their escort ship—UNSS Fatum—the Earth colony, Rena, has continued to move forward.

Upon her acceptance to Fendelis Point Academy, Alexis Rydell is ready to leave Rena and finally explore Undirras. She has kept her identity as a Sha’Ni hidden, and all has been quiet…until now.

When the Confederate Alliance pursued the Wrakknyss into their wormhole, they had no idea it would take them back in time. Now trapped 14 years in the past, the last ship of Earth’s Assembled Nations has no backup and must rely on their only allies: a rag-tag group of mercenaries, a rogue magician sworn to training the Zeir, and two clans who have been at war with one another for centuries. As they learn that their spiral into the past was no accident, it is revealed that in order to save the home they wish to return to, they must first rescue the Princess of Undirras.