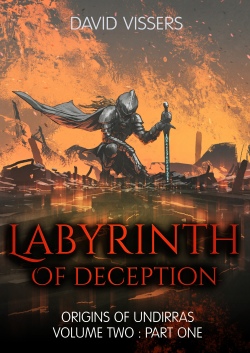 Sixteen years have passed since Jezyra failed to kill Severus in retaliation for their defeat at the Battle of Mas Annor. Angered that her first task as the new Hand of the Emperor was thwarted, she’s been trying to prove herself to the emperor since. However, a new opportunity presents itself with the traitorous city of Borrad Deim. Assuming control should be easy, but Queen Vhaera has some secrets up her sleeve no one saw coming. Reclaiming leadership—and her pride—might be more difficult than Jezyra thought.

Available now on Kindle from: